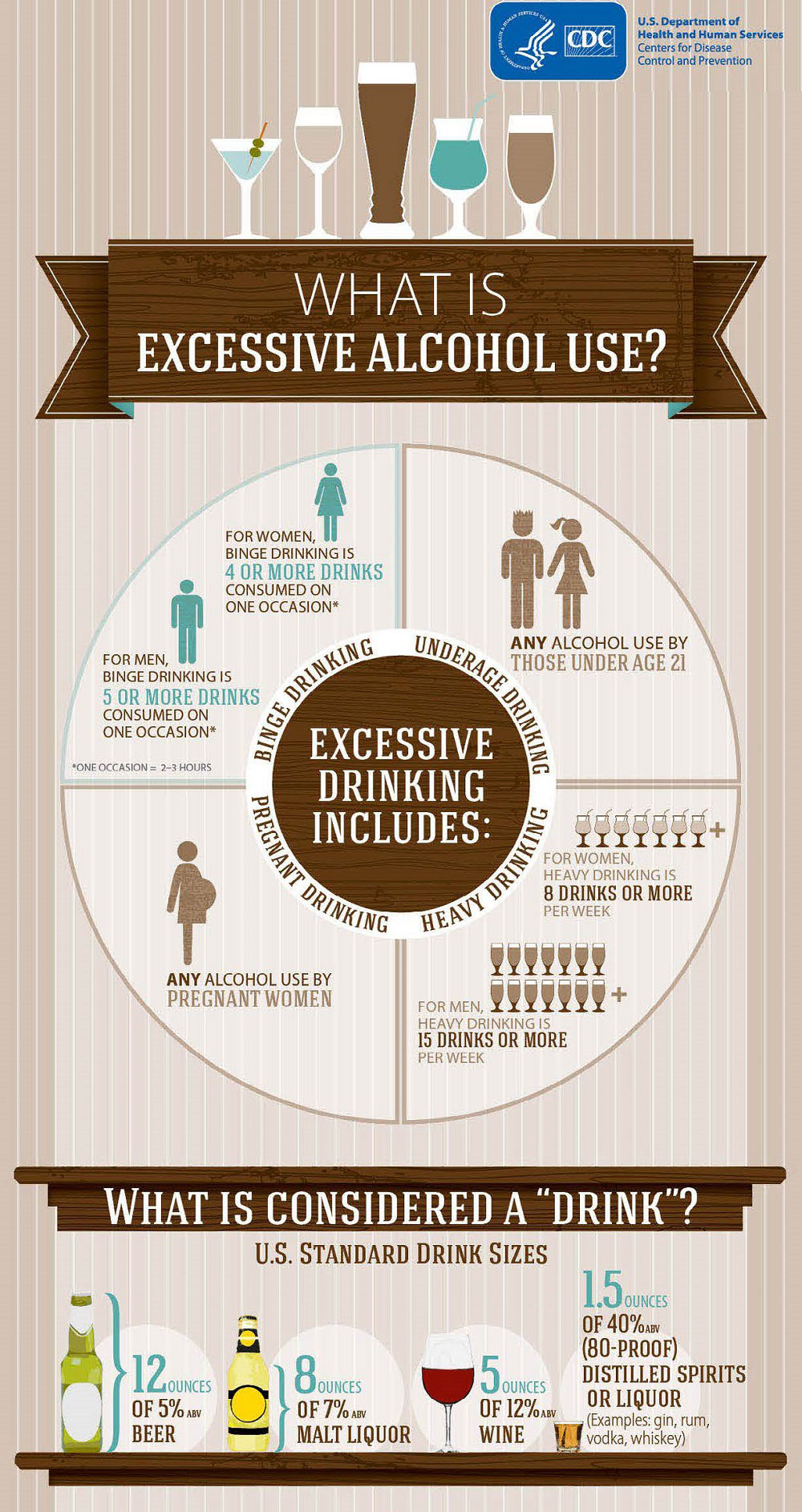 See the CDC for more information.

I can still drink and be in control.

Fact:  Drinking impairs your judgment, which increases the likelihood that you will do something you'll later regret. It increases the chance that you will cause harm to others and/or not be aware of potential dangers around you. Critical decision-making abilities are already diminished long before a person shows physical signs of intoxication.

Drinking isn't all that dangerous.

Fact:  Many risks are associated with drinking, including impaired driving, unintentional injuries, violence, unsafe sexual behavior, suicide attempts, overdoses, and death. Even college students who don't drink may experience secondhand effects, such as disrupted study and sleep or being involved in an alcohol-related assault.

I can sober up quickly if I have to.

Fact:  It takes about 2 hours for the adult body to eliminate the alcohol content of a single drink, depending on your weight. Nothing can speed up this process—not even coffee or cold showers..

It's ok for me (a female) to drink to keep up with the guys.

Fact:  Female bodies process alcohol differently. No matter how much a guy drinks, if you drink the same amount as your male friends your blood alcohol concentration will tend to be higher, putting you at greater risk for harm.

Beer doesn't have as much alcohol as hard liquor.

I'll be better off if I learn to "hold my liquor."

Fact:  If you have to drink increasingly larger amounts of alcohol to get a "buzz" or get "high," you are developing tolerance. Tolerance is actually a warning sign that you may be developing more serious problems with alcohol.

I can manage to drive well enough after a few drinks.

Fact:  The effects of alcohol start sooner than people realize, with mild impairment (up to 0.05 blood alcohol concentration [BAC]) starting to affect speech, memory, attention, coordination, and balance. And if you are under 21, driving after drinking any amount of alcohol is illegal and you could lose your license. The risks of a fatal crash for drivers with positive BAC compared with other drivers increase as the BAC increases, and the risks increase more steeply for drivers younger than age 21 than for older drivers. Critical decision-making abilities and driving-related skills are already diminished long before a person shows physical signs of intoxication.

Estimate your Blood Alcohol Concentration with the Virtual Bar

A Student Health Center doctor or nurse practitioner can provide guidance about alcohol use during a scheduled appointment.